As EEF’s President and Chief Operating Officer, Rick Matte will have responsibility for all functions within EEF and will continue to report to Willie Brasser, EEF’s Chief Executive Officer.  The role of Chief Operating Officer is a newly created one for EEF. In his prior position of President and Chief Commercial Officer, Matte significantly expanded EEF’s market presence and delivered strong volume and asset growth since EEF’s inception in 2017. In addition, he played a key role in building the team across the sales, risk, operations, and finance functions.

Tom Davidson was promoted to the role of Executive Vice President and Chief Financial Officer and will have responsibility for EEF’s finances, including capital markets funding strategies. He will report to Rick Matte.  Since joining EEF in 2019 as Executive Vice President, Davidson has led the development of EEF’s financing programs, which were recently increased to an aggregate amount of $755 million.

“I’m very pleased to announce these two promotions,” said Willie Brasser, EEF’s CEO. “Over the past three years, Rick has done an incredible job of building a talented commercial team and consistently growing EEF’s originations.  Tom has added tremendous value expanding and improving EEF’s financing vehicles, and he will have an even greater impact as EEF’s CFO.  I look forward to working with Rick and Tom as we continue to build EEF into the pre-eminent independent large-ticket equipment finance platform.” 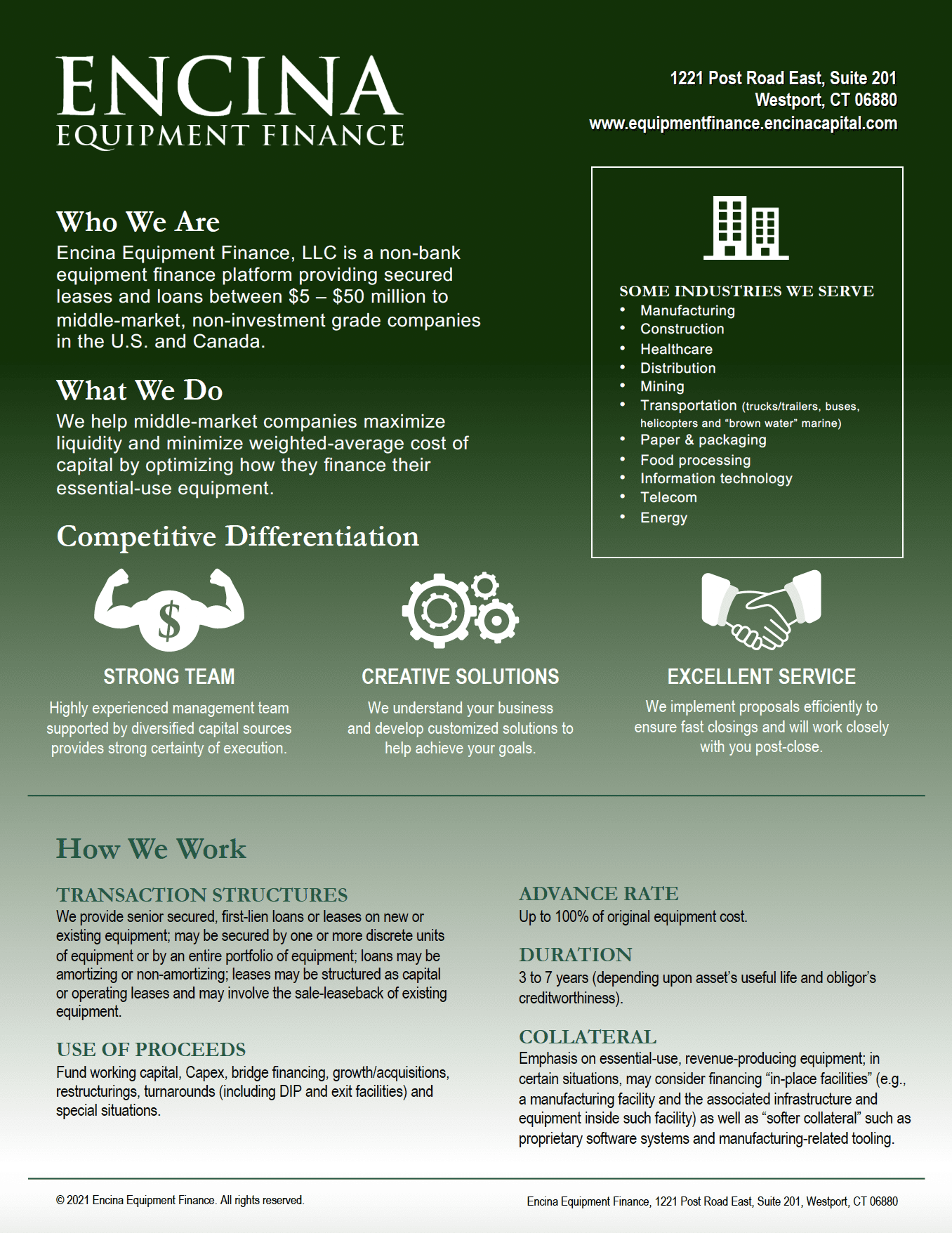